American rock band the Killers have released seven studio albums and 38 singles, including the timeless classic, Mr. Brightside. The band has sold over 28 million records worldwide. And now, on October 4, the rockers are coming to the Bryce Jordan Center! Somebody Told Me there are still some great seats available for the show! 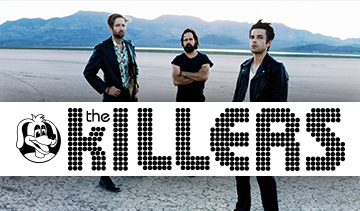 Merf Radio will be giving you plenty of chances to win tickets during the week of September 26-30. What do you have to do to win? Just listen. When you hear us ask you to call, be the right caller. That’s it! See the official rules below: