A flash flood watch starts Wednesday as heavy rains associated with Hurricane Ida are expected to move into Pennsylvania. The now tropical depression that blasted ashore in Louisiana as a Category 4 storm Sunday could bring 3 to 6 inches of rain into the region late tonight (Tuesday) through early Thursday morning. Given the amount of rainfall expected, the rivers will be closely monitored. The main concern will be smaller streams and creeks and roads will likely be flooded at times. Plan now so you aren’t caught off guard. Remember turn around, don’t drown. It’s not worth the risk. The flash flood watch is in effect for much of the region including Mifflin, Juniata, Huntingdon, Centre and Perry Counties, plus more. It goes into effect at 8AM Wednesday through 8AM Thursday. 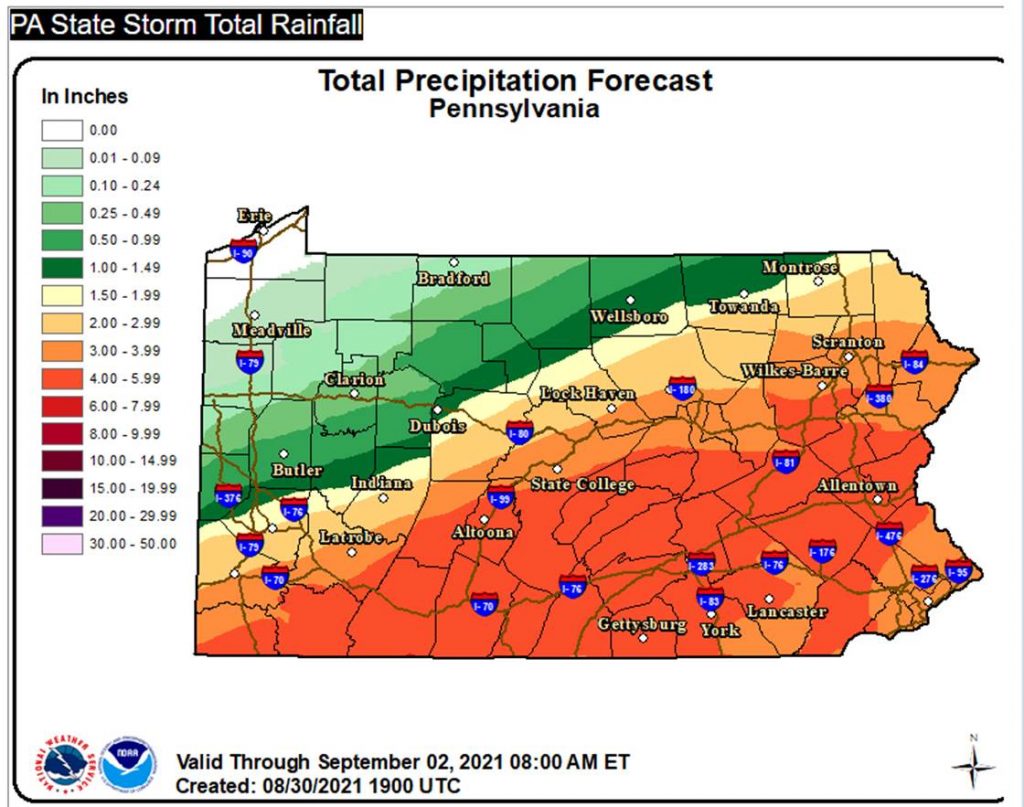 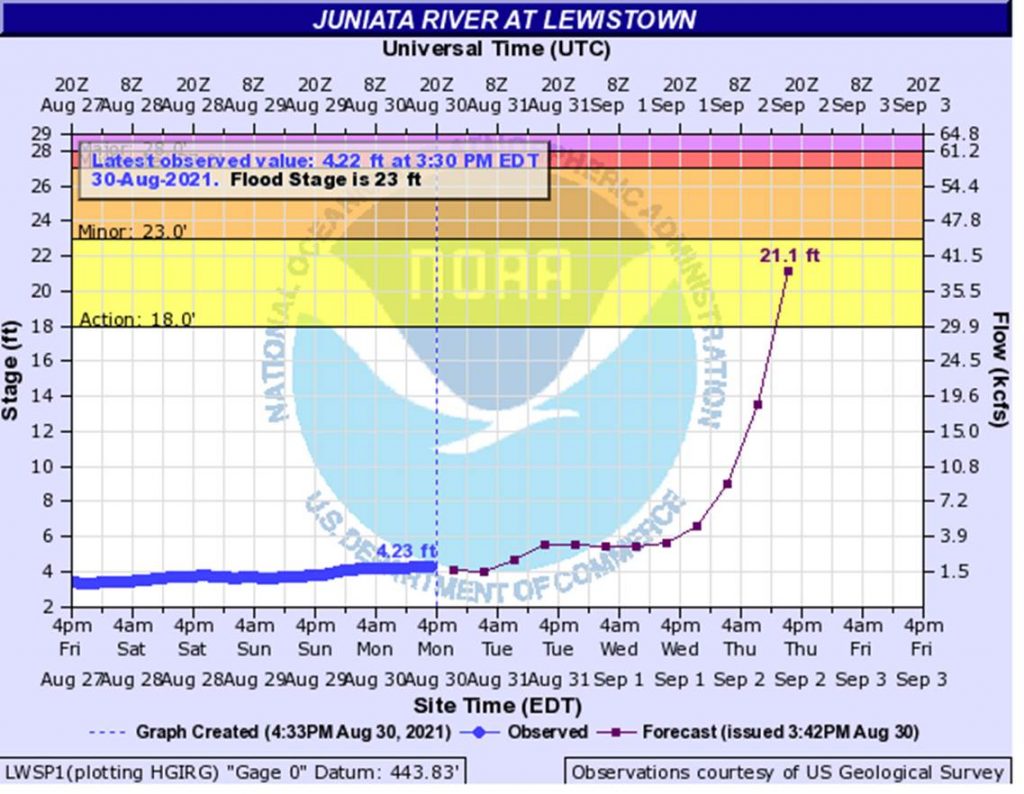 Hundreds of thousands of Pennsylvanians will lose federal pandemic unemployment benefits after this week, including an extra $300 per week, an extra 13 weeks of benefits and benefits for the self-employed. Governor Tom Wolf’s administration said Monday there are sources of help for people who need it once their benefits run out, including federal rental assistance through counties, Medicaid, food stamps and temporary cash-assistance for low-income families. Federal jobless assistance was first approved last year when the pandemic hit and jobless claims skyrocketed in the state amid COVID related shutdowns. In the first week of August, roughly 640,000 people were receiving the extra $300.

A Honey Grove woman has been arrested for retail theft in Juniata County. Lewistown State Police were dispatched to the Mifflintown Weis Markets in Walker Township on August 24. Through investigation, it was determined 52-year-old Tina Teague concealed a total of $1,700.24 from the store. Teague was arraigned by the District Judge and transported to the Mifflin County Correctional Facility.

If your end of summer last hurrah involves traveling by car, expect to pay the highest gas prices we have seen in seven years. According to GasBuddy.com, prices will be 90 cents higher per gallon than they were for Labor Day last year. Even though prices have been trending slightly lower, average sales at the pump are the highest they’ve been since the summer of 2014. Last year, Labor Day weekend gas prices were at their lowest since 2004 when pandemic lockdowns were still in place. While COVID continues to have a leading role in gasoline demand, prices may be less predictable than normal. However, Gasbuddy says the seasons will persist and that means less demand as we progress through fall and into winter, cost savings from the switch back to cheaper winter gasoline. We should see more relief at the pump coming the deeper into fall we go.