The Pennsylvania Senate bipartisan Special Committee on Election Integrity and Reform has released its report detailing its findings.  The committee has made recommendations to strengthen Pennsylvania’s election system.  Senate President Pro Tempore Jake Corman (R-34) called for the creation of the committee in December to review all aspects of the November 2020 election. The committee created a webpage to encourage Pennsylvanians to share their experiences in the 2020 General Election. The survey generated more than 20,000 responses.  Feedback led to a series of recommendations that include allowing pre-canvassing of ballots three days prior to Election Day, creating a tracking system for mail-in ballots, and improving transparency of mail-in ballot counting through livestreaming.  The full report and all testimony gathered during the hearings is available at https://pasenelectioncommittee.com/.

Authorities in Snyder County are searching for the driver of a vehicle involved in a police chase Monday morning.  Police attempted to stop a Toyota Corolla with a Texas registration on North Susquehanna Trail in Monroe Township just after 8:30 am.  The vehicle failed to stop and a chase ensued on Routes 11-15.  The driver eventually exited the vehicle and fled on foot in Selinsgrove.  The investigation will continue.  Anyone with information should contact State Police at Selinsgrove at 570-374-8145.  There is no immediate concern for public safety.

The Pennsylvania House has approved a bill to better combat illegal local gun ordinances and regulations that threaten Pennsylvanians’ constitutional rights.  State law already prohibits municipalities across the Commonwealth from enacting their own gun laws, but some have chosen to break that law. House Bill 979 would deter implementation of illegal ordinances by holding offending jurisdictions financially responsible for attorney fees and costs, as well as any lost income, for a person who successfully challenges such an ordinance.  The measure now goes to the Senate for consideration. 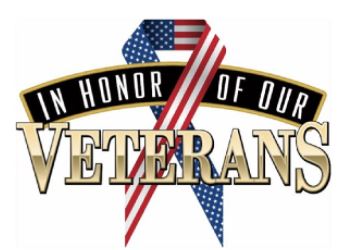