East Juniata fans will have plenty to cheer for at this coming weekend’s PIAA track & field championships. Tigers’ sophomore Logan Straws won the 3200 and was third with a state qualifying time in the 1600 to advance in both events. Junior Rowan Smith was second in the 300 hurdles and fourth in the 110 hurdles, advancing in both after meeting the state’s qualifying standards. Also competing in Friday’s AA state championships from EJ, meeting the qualifying standards, will be Coy Shaffer, sixth in the 300 hurdles, and Caleb Seeger, seventh in the 400.

Mifflin County, meanwhile, has three representatives in Saturday’s AAA championships, also in Shippensburg: district champs Taylor Ciccolini in the javelin and Brayden Harris in the 3200, as well as 3200 runner-up Kylee Cubbison.

Eighth-seeded East Juniata eliminated nine-seed Montgomery from the District IV baseball playoffs on Saturday, 6-1. The Tigers take on top-seeded Sayre in the AA quarterfinals today. Also this afternoon, in the D6 2A softball playoffs, Mount Union hosts United, Southern Huntingdon welcomes in Claysburg-Kimmel and Juniata Valley travels to Marion Center in the 2A softball quarterfinals.

Yesterday afternoon, the Sixers opened up their best-of-seven first round playoff series with Washington with a win, 125-118, over the Wizards.

Tonight, the Penguins play a huge playoff game with New York. The Islanders and Pens are tied at two games apiece heading into Game Five of this best-of-seven.

The Phillies knocked off Boston, 6-2, yesterday. Atlanta beat the Pirates, 7-1.

It’s Opening Night in the all-new MLB Draft League. State College takes on Williamsport tonight before traveling to Billtown tomorrow. West Virginia, Trenton, Frederick and Mahoning Valley are the other four teams in the league.

And 50-year-old Phil Mickelson won the PGA Championship, shooting -16, two better than a pair of other golfers. 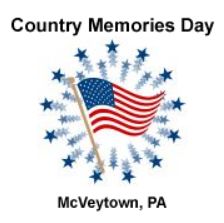