A late-February one-vehicle crash in Mifflin County resulted in injuries for a Three Springs man. According to State Police, 22-year-old Tanner Taylor was the operator of a Dodge Nitro on Route 522 in Wayne Township at about 5:30 pm on February 26th. The wheels of the vehicle locked due a brake malfunction. The Nitro slid off the roadway, went down an embankment, and rolled over. Taylor was transported for treatment of injuries.

A New Holland man was arrested after a vehicle pursuit on February 16th. State Police troopers responded to a suspicious vehicle report on Juniata Terrace. The vehicle immediately pulled out, nearly striking the State Police unit, then fled the scene. The fleeing vehicle crashed near Community Avenue and 1st Street, but continued into Lewistown Borough, striking two parked vehicles on McClintock Avenue. The operator fled on foot but was apprehended after a short pursuit. The vehicle involved was later reported stolen. State Police arrested 21-year-old Trenton Sheaffer and transferred him to the Mifflin County Correctional Facility. Charges include flight to avoid apprehension, receiving stolen property, DUI, possession of drug paraphernalia, and various traffic offenses.

Previous Post DO I STILL NEED TO WEAR A MASK AFTER GETTING THE COVID-19 VACCINE? 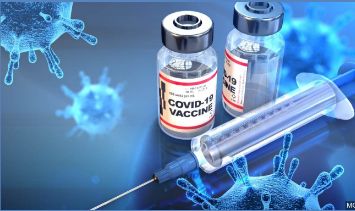